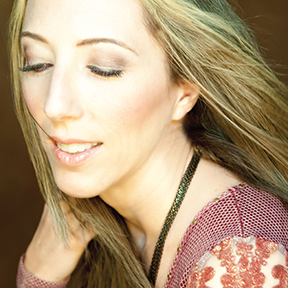 Victoria Banks has been nominated for 11 Canadian Country Music Association (CCMA) Awards and was named CCMA Female Artist of the Year and Songwriter of the Year in 2010. She has been labeled “one of the best songwriters in the business” by Nashville’s MusicRow magazine.

In addition to releasing three albums and touring with artists from Reba to Wynonna, Banks – who hails from Muskoka, Canada – has written ASCAP, SOCAN, CCMA, and Covenant-award-winning songs for more than 60 artists.

Notable cuts include Jessica Simpson’s Billboard record-breaking single “Come On Over,” Sara Evans’ solo-written hit “Saints & Angels” and duet “Can’t Stop Loving You” (featuring Isaac Slade of The Fray), Johnny Reid’s “Dance With Me”, Doc Walker’s “I’m Gonna Make You Love Me”, and many more for artists including Lauren Alaina, Terri Clark, Cassadee Pope, Jason Blaine, Mickey Guyton, and The Hunter Brothers. Her songs have been featured in the TV shows Nashville, American Idol, and Couples Therapy, and in movies, Christmas Lodge, Serving Sara, and Breakthrough. She has celebrated multiple #1 songs in the UK and Australia and in 2016, Banks performed with the Nashville Ballet as part of their Attitude program, for which several of her songs were choreographed including the program’s title song, “City of Dreams.”