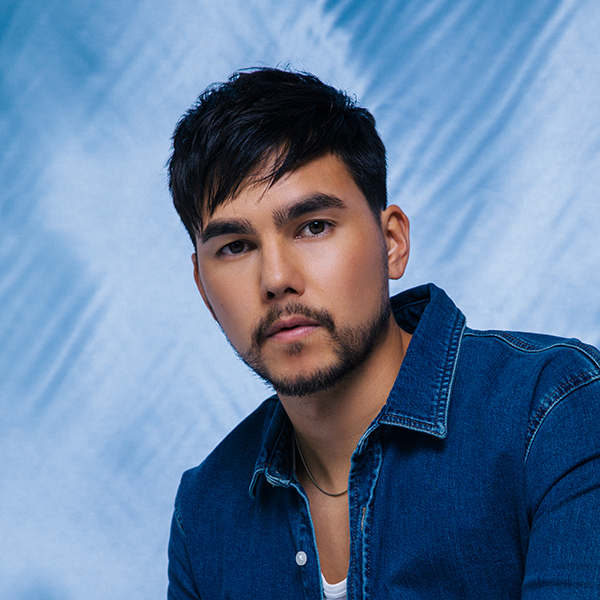 Tyler Shaw has announced that his highly anticipated third studio album will be released in Spring 2021. This deeply personal project is considered to be a self-defined “coming of age” record for the artist, producer and actor. Self-titled, and produced by Tyler alongside some others, it is the next step in the evolution of Shaw’s song-craft, vocal mastery, and melodic pop hooks. “In some ways, I’m treating this like my debut album,” he says of the endeavour. “It’s because I feel it’s time to introduce myself to the rest of the world.”

The album’s second single, “When You’re Home,” produced by Jon Levine (Dua Lipa, Drake, Alessia Cara) is a testament to the leaps and bounds the British Columbia-born, Chinese-Canadian talent has made in his home and native land. Opening for major acts such as Selena Gomez, Shawn Mendes and Alessia Cara, Shaw has been able to witness, first-hand— on stage and off— the all-important key to connecting with his audience.

“When You’re Home” does this brilliantly. A haunting tribute to the challenging year that Shaw, and many of his devoted fans, have experienced, the song is a look ahead to the renewed hope and transformation he sees around him. “I wanted to write about that act of recreating any place in your life,” he says. “Filling the dark times with a feeling of comfort and beauty so you can make the best out of any situation and prepare you for the future.” It’s a sentiment that is infectious to hear and to feel.

It isn’t the first time Shaw has been able to define the zeitgeist with his lyrical and vocal powers. Ever since his first album, Yesterday, and the JUNO Award-nominated success of his sophomore disc, INTUITION, Shaw has amassed?more than 135 million streams globally. His trilogy of cross-platform smash hits such as “Kiss Goodnight,” “With You” and “To the Man Who Let Her Go,” have gone on to break streaming records on TikTok, YouTube and streams.

It is, however, in his latest album, that Shaw feels he is establishing his artistry through meaningful, expressive music in a way he has never been able to do before. Mixing pop, dance, and rock, Shaw says he felt completely liberated in the studio. “Hands down, these are the best songs I have ever written. They are the ones that took the most self-reflection and are the absolute best representation of me and my growth as a songwriter.”

On up-tempo tracks such as “North Star,” Shaw’s skill for finding the sweet spot between sonic exploration and unforgettable lyrics is front and center. “North Star” also shines a light on Shaw’s uninhibited, hot-blooded delivery, which thrusts through the song’s chorus and showcases Shaw’s knack for throwing down and having a good time. The track was co-written by Shaw, Nate Ferrero (Johnny Orlando,?Bülow, Virginia to Vegas, Shawn Hook), Mike Sonier (The Weeknd, Julia Michaels, Noah Cyrus), and Alex ‘Pilz’ Vujic (longtime collaborator of Shaw’s). It’s this kind of soulful, volume-to-eleven pop music that takes over the whole mood and vibe of Shaw’s third album and makes it the kind of album that equally suits late nights out and quiet nights in.

Another downtempo track, “Say Nothing,” puts the spotlight on Shaw’s emotional intelligence, as it is a written from an autobiographical place. “The night before the session, I got into an argument with my wife. It got to the point where we were both silent, the next day I wrote a song about it and realized how much empathy can change your mind.” The song was co-written and produced by Charlie McClean (LÉON, One Direction, Elle Goulding), giving the song the feminine touch it needed.

For Shaw, empathy also changed his career and life when the pandemic hit. In April of 2020, he —?alongside Fefe Dobson — gathered 27 of Canada’s most influential musical acts (Justin Bieber to TiKA, Michael Bublé to Avril Lavigne) to record Bill Withers’ classic, “Lean On Me” to raise money for Canada’s Red Cross COVID-19 relief. That moment propelled Shaw to finish his third album with a renewed insight and point of view.

“It’s a new era for pop music and I want to represent it as best as I can,” he says. It’s a promise that weaves into the lyrics and production of Tyler Shaw, the album. With its high-octane optimism, innovative production, and multi-genre approach to music – like the first single, dance influenced “Remember,” Shaw’s reintroduction sounds like a fresh reinvention. Or, to quote Shaw’s own single, “When You’re Home”: “the best thing of all, it’s only just started.”